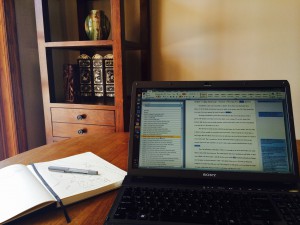 As a nonfiction writer, my process is different from most. While other writers wait for their muse to show up, I already have a story. I just have to get it down, and I can’t make things up.

Thanks to Charlotte Ashlock for inviting me to join the Writing Process Blog Tour where writers describe how they work. You can find out about Charlotte’s writing process at crazyidealism.com. She’s anything but crazy, and her devotion to creating a better world is refreshing. Besides working full-time as an editor, she’s writing a novel, reviewing books, and challenging complacency.

At the end of my post, I invite three other authors to share their processes. Here’s mine:

What am I working on?

Catching Shrimp with Bare Hands is a memoir of my husband, Lượng La, growing up in the Mekong Delta. He lived there during the Vietnam War and under communism, until he helped his family build a boat to escape.

How does my work differ from others of its genre?

When the communists took over in 1975, Lượng’s family tried, but was unable to leave. I’ve found it difficult to get information from this period except for personal stories like theirs. My husband saw the changes in the deep countryside as well as in Saigon. The propaganda and oppression wore on him. He might have been put in prison if his mother hadn’t had him quit school to help build an escape boat.

There were two methods of escaping: half-legally and illegally. Lượng’s family tried both methods and built a boat for each. The half-legal method was the government’s way of removing people of Chinese heritage and making money from their leaving at the same time. Since Lượng’s father was Chinese, they first tried to pay the government and leave via that program. After the government halted the half-legal program without explanation, they started to build an illegal boat, hiding it from the government while they waited for permission to leave on the half-legal boat.

Why do I write what I do?

I’ve been fascinated by the stories my husband and his family tell ever since I met them. I want to preserve this piece of history for my children as well as anyone who would like to know what it was like to be a boy growing up in the Mekong Delta during this time.

How does your writing process work?

I interview my husband, asking him to retell stories I’ve heard, while I jot down notes. Then, I flesh out the story by asking him to give more details. I keep writing and rewriting, asking about smell, taste, feel. What was he thinking? Where was he standing? What were people’s reactions? I keep refining it until it feels like I’m immersed in the scene.

To help visualize the scene, I’ll look at old pictures and videos from that time period. His family has a few precious pictures that came over. American soldiers also have put their pictures online to share. We’ve been back to Vietnam and visited most of the sites in the book, but things have changed.

One of my challenges is to write in English, but give the illusion that the people are speaking Vietnamese. I’ll ask Lượng for the Vietnamese words for a piece of dialogue so I can see what words were used. If it’s practical, I’ll try to stay close to that. Using English expressions like “Wow!” destroys this illusion, so I use Vietnamese equivalents. For example, “Oh” is “Ồ.” I use “cold room” instead of ICU, and tetanus is shoulder-pole seizures. The sabotaged speakers squawk rẹc rẹc rẹc and the pig roots around, ột ột ột, in its pen. Whenever possible, I describe things using Vietnamese analogies and metaphors.

Another challenge is weaving stories and scenes into a single narrative. To make transitions easier, I often wish I could make something up or say “the next day,” even when I’m not sure exactly which day it happened. Eventually, though, the puzzle pieces fall together, often illuminating previously unnoticed connections. Figuring out the timeline of events has been one of the most frustrating processes—who remembers exactly when everything happens? Through interviews of multiple family members I’ve tried my best to place events correctly in time, sometimes making surprising discoveries.

It’s a highly repetitive process,editing and reediting, gathering details—trying to piece the past together. Some of the stories are fun, but I feel guilty asking again and again about the more painful memories. Lượng often wonders why the first seven times weren’t enough, but he’s told me that reading the book felt like being back in those parts of his life.

For the next stops on the blog tour, I’m lucky to have three writers in different genres. You can find links to their writing process posts at the end of their bios: 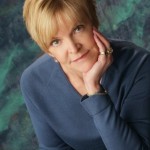 Claudia Whitsitt writes mystery and suspense. Her Samantha Series—Identity Issues, Intimacy Issues, and Internal Issues—features a special education teacher who gets involved in an international crime. I love the feisty Samantha, mom to a blended family of five and a wine aficionado, who shares Claudia’s own experience teaching. Claudia draws on her experience living in Michigan with her novel The Wrong Guy, based loosely on seven co-ed murders during 1967-69 called The Michigan Murders. Claudia shares her writing news on twitter and facebook. Her writing process post shares how she creates mystery from real life. 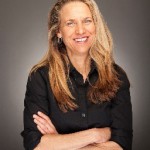 Tracy Shawn’s award-winning novel The Grace of Crows (Cherokee McGhee Publishing) is about a woman tormented by irrational fears who reconnects with a childhood friend who is now homeless and living under a pier in Malibu. Tracy’s writing is graceful and thought-provoking. Her work is informed by a masters in clinical psychology and her own battle with anxiety. She’s published short stories and articles in literary journals, women’s magazines, and psychological publications, such as Psychology Tomorrow. Tracy tweets in a friendly, uplifting way about writing and conquering anxiety. Read about her process here. 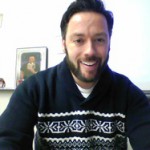 Kurt Schuett is an English teacher and the author of the urban thriller Insurgency (Summer 2014 Bad Day Books). Insurgency promises to be fast-paced suspense with an intriguing protagonist—a Generation-X do-gooder with OCD who’s turned serial killer and is the only one standing between the President and an assassination attempt. Kurt uses his local knowledge of Underground Chicago in this novel. He shows his Southern roots in the paranormal Gothic story “Calamity James,” which was nominated for the Pushcart Prize. You can find Kurt online discussing horror writing, Chicago, and the softball team he coaches. Here’s his post on his writing process.