What Readers Are Saying:

“Luong is like a Vietnamese Huck Finn, telling his story in a spare, straightforward style…”

“This book was both charming and powerful and gave new insight into a time and conflict that is and was so fiercely debated.” 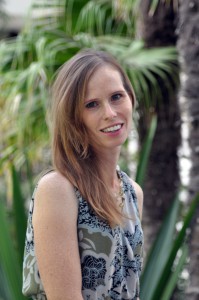 “…an exquisitely researched and finely tuned memoir….Michelle has an uncanny gift for seeing the world right through the eyes of a bright kid….Her narrative never tries to ‘sound’ like a child, she simply is the kid….a tender but realistic look at life in the Mekong Delta during the Vietnam War and communist conquest…”—Erin Graffy de Garcia for the Montecito Journal

“Alternately hopeful and sometimes heartbreaking, Michelle Robin La’s comprehensive 487-page debut is based on her husband’s childhood in his native country during and after the Vietnam War. Mostly memoir, the story centers on Mr. La but also includes his mother, Ro Thi Le, his father, Chan La, along with nine siblings as they try to survive a war that moves them from place to place while threatening to break them and their country apart.” —Santa Barbara News-Press, “Finally free: New book details Santa Barbara man’s childhood in Vietnam during and after the war”

“While sad at times and occasionally horrific, overall the story is one of resilience and inspiration and adds to a growing counter-narrative of Vietnamese-Americans as courageous survivors, not victims.” —Sharon Simonson, SV1World.com in “Reshaping the Vietnamese-American Identity”

“This year marks the 40th anniversary of the fall of Saigon, a defining event in Vietnamese history and an appropriate year for the release of Michelle Robin La’s Catching Shrimp with Bare Hands: A Boy from the Mekong Delta.” —Natalie Ochsner, Santa Barbara Seasons Magazine

“. . . Michelle Robin La faced the usual dilemmas and obstacles common among writers but also some unusual ones while learning to write in the voice and culture of someone so different . . . All this adds to [Michelle] Robin La as a good writer and the book as a good read.”—Susan Miles Gulbransen, Noozhawk

Catching Shrimp with Bare Hands is the true story of a boy growing up in the midst of the Vietnam War and his struggle for freedom after the Communist takeover.

Catching Shrimp with Bare Hands is the true story of Lượng La, a boy growing up in the Mekong Delta in the midst of the Vietnam War. When the 1968 Tết Offensive forces his family to flee the countryside for the safety of the city, they continue to travel back and forth to their island farm despite threats from the Việt Cộng and nearby firefights. Lượng only wants to catch fish and slingshot birds, but the war ends and Communism plunges him back in time to a land without electricity where books are burned and propaganda “kneads their brains.” He starts to fight for his freedom the only way he knows how.

Michelle Robin La’s first book, Catching Shrimp with Bare Hands: A Boy from the Mekong Delta, is the true story of her husband’s childhood in Vietnam. Michelle and her husband live in Santa Barbara with their three children.

Michelle Robin La’s first book, Catching Shrimp with Bare Hands: A Boy from the Mekong Delta, is the true story of her husband growing up in the midst of the Vietnam War and his struggle for freedom after the Communist takeover. “Patrol Boat Stop on the Mekong Delta,” an excerpt from her book, was a first-place winner in the 2014 Southern California Genealogy Society’s Writing Awards. Michelle’s writing has appeared in Brain, Child Magazine, Cha: An Asian Literary Journal, Creative Nonfiction, Literary Mama, Mom Egg Review, and The Missing Slate.

Besides writing, Michelle earned a Ph.D. in chemistry from UCLA. She’s been a science and technology writer, analyst, and researcher. Michelle and her husband live in Santa Barbara with their three children.