Alternately hopeful and sometimes heartbreaking, Michelle Robin La’s comprehensive 487-page debut is based on her husband’s childhood in his native country during and after the Vietnam War. Mostly memoir, the story centers on Mr. La but also includes his mother, Ro Thi Le, his father, Chan La, along with nine siblings as they try to survive a war that moves them from place to place while threatening to break them and their country apart. — Santa Barbara News-Press 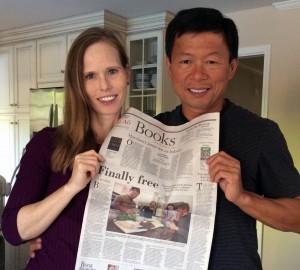